Garden City, KS (www.westernkansasnews.com) – A road trip seems to be a favorite of the Garden City Buffalo Football team, as they always seem to play a little better away from home. It was a long trip to Wichita East last Friday night for Non-Conference action at Carpenter Stadium on the campus of Wichita South and the Buffaloes made it a business trip taking down the Aces 34-13. Garden City put together a dominating first half shutting out Wichita East 27-0, as junior quarterback Greyson Tempel rushed for one touchdown, passed for two more and junior Logan Dechant ran for another, senior kicker Rudy Chavez converted on 3 of 4 PAT’s and the Buffaloes were in control heading into the intermission. A couple of early 2nd half fumble’s by the Buffaloes made it interesting, as the Aces took advantage of the opportunity and scored a couple of quick touchdown’s missing their 2nd PAT and it was a 27-13 lead for Garden City halfway through the 3rd quarter. The Buffaloes took control on their next drive that lasted for 19 plays and 62 yards, culminated by senior quarterback Denton Keller running it in from the 1 yard line on a naked boot leg, Chavez made the PAT and the Buffs were in control 34-13 early in the 4th quarter and the defense stopped Wichita East on their next 3 possessions. Garden City moves to 4-2 with the win and will get ready for District play next week with 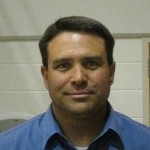 the 4-2 Maize Eagles coming to town. Coach Brian Hill comments on his teams performance and their road game success.