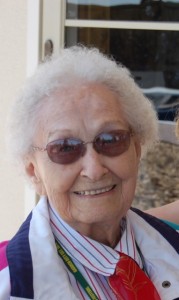 She was a member of the Plymell Union Church in Plymell, Kansas, the Retired Teachers

She was preceded in death by one brother and one sister.

Private Memorial Services will be held at a later date.

There will be no calling times at the funeral home.

Memorials may be given to the Plymell Union Church in care of Price & Sons Funeral Home
of Garden City.