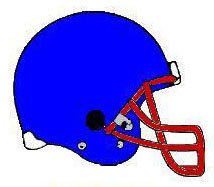 The Scott City Beavers return to the friendly confines of Darner Field as they host the Russell Broncos on Senior Night. Scott City wrapped up the District 15 title last Friday night at Lewis Field Stadium in Hays by putting up a season high 51 points in a 51-7 rout of the TMP-Marian Monarchs. The Beavers also put up season highs in rushing (457) and total offense (568). Paco Banda picked up his second 100-yard rushing performance of the season with 153 yards on 15 carries and one touchdown. Sophomore Wyatt Kropp added three rushing touchdowns and 84 yards rushing on five carries. Scott City is currently 7-1 on the season, and in last week’s win, Coach Glenn O’Neil won his 70th game as the Beavers head coach.

Russell will see their season end tonight, as they have been eliminated from playoff contention, after they fell to the Hoisington Cardinals 53-14 last Friday at Shaffer Field in Russell. The Broncos enter tonight’s game at 1-7, and carry a four-game losing streak. Last week, Russell scored all 14 fourth quarter points, their first points since week four in their 26-12 win over Republic County. They start six underclassmen on both sides of the ball under first year coach Chuck Bisbee.

Scott City won the first ever meeting over Russell last year in Russell 55-0. The Beavers will host a Bi-District playoff game Tuesday night at Darner Field. They will host the District 16 runner-up, which has not been determined yet. 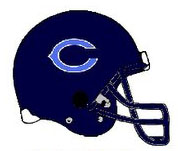 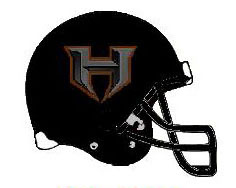 The Holcomb Longhorns will try to win their district outright Thursday night when they travel to Cimarron. The Longhorns are 2 – 0 in district play, while the Bluejays are 1 – 1 and still very much in the hunt for a playoff spot. With a victory, Holcomb secures the top spot in district 16 and will host a first round playoff game; but a Longhorn loss could leave them in a three-way tie.

The Longhorns had theirbest rushing night of the season in a 41 – 26 win over Lakin last week, piling up 281 yards on the ground. Heath Tucker accounted for 219 of those yards and four rushing touchdowns, plus an 88 yard kickoff return for a TD. Tucker also threw a TD pass to Dalton Gottschalk.

A week after holding Lakin’s seniorrunning back, Gage McAtee, to 100 yards below his season average, the Longhorn ‘D’ will have to figure out how to ground Cimarron’s passing attack. Bluejay quarterback Caleb Fischer threw for 269 yards and 5 touchdowns in Cimarron’s 54 – 6 romp over Southwestern Heights. 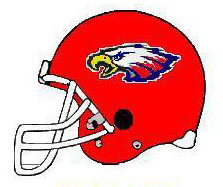