He was born October 2, 1940 at Parral, Chihuahua, Mexico, the son of Pedro Lazcano and Arcadia Flores. He was raised in Juarez, Mexico and moved to Dodge City in 1967. He worked for 42 years at Curtis Machine in Dodge City, retiring in October of 2013 as the inventory control clerk.

He was a member of the Cathedral of Our Lady of Guadalupe and the American G.I. Forum both in Dodge City.

He was preceded in death by his parents, 2 brothers and 3 sisters.

Vigil service will be 7:00 pm Monday, July 27, 2015 at Sacred Heart Cathedral, 901 Central Ave., Dodge City. Funeral Mass will be 10:00 am Tuesday at the Cathedral of Our Lady of Guadalupe, Dodge City, with Fr. Wesley Schawe presiding. Burial will follow in Maple Grove Cemetery, Dodge City. Visitation will be Monday from 10:00 am to 4:00 pm at Ziegler Funeral Chapel, Dodge City. 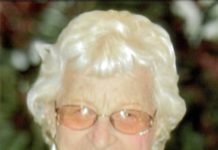