She is survived by a daughter Jan Eckles of Bel Aire, Kansas; son Jon Watts of Marysville, Washington and two grandchildren and four great grandchildren.

A memorial service will be held at a later date. Memorials are suggested to Meals on Wheels or the Donor’s choice in care of the funeral home. 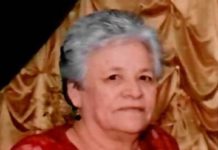