Garden City Community College Athletic Director (AD) John Green has announced his resignation effective October 1, 2018.  Green will continue his duties as AD through August 31, 2018 and then will assume duties with game day set up and game promotions through October 1, 2018.

Green stated, “It has been a blessing for me to have been a part of GCCC and Broncbuster Athletics and I am eager to move into the next chapter of life.”  Green has also served as golf coach for GCCC.

Starting on September 1, 2018, Colin Lamb will serve as interim Athletic Director while continuing to serve as Dean of Students.  Interim President Ryan J. Ruda had this to say about Green, “We appreciate John for his service and wish him well as he moves into pursuing future endeavors.”  Ruda continued by saying that he plans to work with Lamb to meet with coaches and assist them in their programs, while also strengthening involvement and engagement with the community.  Ruda stated, “The college has a strong tradition of athletic success, and through the commitment to student athletes, the college will work to further promote and enhance athletic and community support going forward. 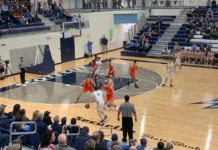 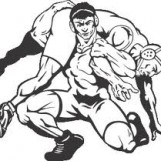 Man Sentence for Role in Murder Almost 18 Month Ago