TOPEKA, Kan. — Nominations for 2019 Transportation Safety Recognition Awards are now being accepted by the Kansas Department of Transportation. Traffic safety advocates can be nominated in one of two categories – People Saving People Award and the Hero Award.

The People Saving People Award recognizes an individual or organization that has made outstanding contributions to the improvement of transportation safety behavior in Kansas. The Hero Award honors the individual who has risked his or her own life to save someone else when they happened upon a crash or while trying to prevent the likelihood of a crash in a one-time traffic safety-related incident.

More details about the awards and nomination forms can be found at www.ktsro.org.  Nominations must be submitted online or by mail by 11:59 p.m. on Feb. 2.

The awards will be presented April 2 and 3 at the annual Kansas Transportation Safety Conference in Wichita.

Jeff Collier for his efforts as state coordinator for the Drug Recognition Expert and the Standardized Field Sobriety Testing training programs.

Christopher Mann for providing legal representation to drunk driving victims and their families in lawsuits against the drunk drivers. Mann helped to pass DUI ignition interlock law that requires first-time offenders to install ignition interlocks on their vehicles.

Deputy Jason Klepac for running after a moving vehicle and saving the life of its unconscious driver.

Lieutenant Tom Reddin for entering a crashed vehicle setting on its side with smoke coming from its engine compartment and helping the three occupants exit safely. 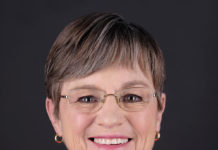 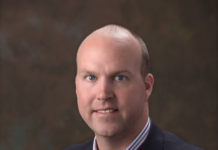 Health Information at Your Fingertips