DODGE CITY, Kan. — National Signing Day is a special day for athletes all across the country. The day is an opportunity that a high school senior can sign a binding National Letter of Intent for a collegiate sport with a school. Dodge City High School and Dodge City Community College both held ceremonies on Wednesday to honor those that participated in the National Signing Day activities.

Williams didn’t begin running cross country until her sophomore year. She played volleyball her freshman year, but decided she wanted to change things up and take on running.

“I thought it was a good change for me,” Williams said. “I qualified for state in two of my three years, so that was really cool and something I’m proud of.”

Williams has been playing softball for a long time and has been starting on varsity since her sophomore season. Coach Podschun helped Williams use her speed and learn to slap, something that Williams feels is a big advantage.

“I think that me running cross country is a big advantage for me on the softball field,” Williams said. “I mean not many softball players like to run, but I do, so I use it to my advantage.”

Williams plans on majoring in biology and then will hope to go to dental school.

Darville had quite the senior season for the Red Demons on the football field. He finished with 85 tackles, 6 tackles for loss, 4 forced fumbles and 2 fumble recoveries. His successful season earned him the honor to play in the Kansas Shrine Bowl Game, which will be held at Memorial Stadium in Dodge City on June 8th. Darville said the decision to choose SEMO was easy.

“It felt like I just fit there pretty good. I didn’t have to convince myself if I really wanted to go there or not. I knew that it was the place I wanted to be.”

Darville has also had quite the season on the wrestling mat this winter. He is currently ranked No. 1 in class 6A at the 285-Pound weight class and has just two losses on the season.

Lakia Henry (The University of Mississippi) — The nation’s No. 1 linebacker announced his decision in front of a packed house inside the DCCC Board Room on Wednesday afternoon. The 4-star recruit picked Ole Miss over Arkansas and Texas.

Henry is a native of Vidalia, GA and was not heavily recruited at all out of high school. Henry had just one collegiate offer and that was from former Conq coach Gary Thomas.

Henry made the most of his two seasons with the Conqs, as he finished his career in a Dodge City uniform with 187 tackles and continued the tradition of a former Conq linebacker going to an FBS school.

It was an extremely tough decision for Henry, as he didn’t decide where he would be taking his talents to until about 10:30 on Wednesday morning. It was a toss up between all three of the final schools, but in the end, the Rebels won Henry over. 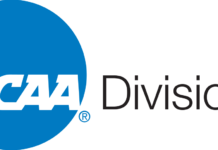