Melbourne, FL-Mother nature has a way of being cruel sometimes. Such was the case during the opening round of the NJCAA National Championships on Tuesday afternoon at Duran Golf Course.

As Shaydon Johnson was getting set to chip in for par on six, the skies opened up, dampening a hot start for the Broncbusters, who ended the first day tied for 19th at 10-over par.

“The course was really damp when we got back out there,” Johnson said. “Some of the second shots into the green, were quite difficult.”

Johnson was 2-under after four holes before double bogeying five, seven and eight; then saved par on nine.

“My goal was just to keep things level after that,” Johnson said. “It was just a matter of keeping the big numbers off of my scorecard.”

After starting with another bogey on the back, Johnson sunk his third birdie of the day on 11. He closed the round with three straight pars to finish with a 4-over, 76.

His teammate, Vincent Wilhelm steadied the ship for Garden City.

The freshman from Germany, was 1-over through four before dropping in a birdie putt on five. Two holes later, he birdied again, coming in 1-under through nine.

He also added a birdie on 15 and 11 and dropped four par putts down the stretch, putting together a stellar round to finish 2-under for the day, tied for 16th despite the soggy fairways.

Meantime Euan McBride had an up-and-down opening day. He bogeyed six of the first nine holes and added two more on the back nine. He finished with a 7-over 79.

“I need to work on my game speed for Wednesday,” McBride said. “I really struggled making par.”

Because of the weather delay, both Jake Bay and George Avgousti did not get their rounds completed. Bay is 9-over with two holes to go, and Avgousti is 1-over with one left. Both are set to tee off at 7:30 Tuesday morning. 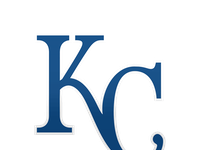