Justice Dan Biles, the Supreme Court departmental justice for the 25th Judicial District, said nominees can apply or be nominated, but it must be on a nomination form and include the nominee’s signature.

A nominee for district judge must be:

Nominations must be accompanied by a nomination form available from the clerk of the district court in Finney, Greeley, Hamilton, Kearny, Scott, and Wichita counties, the clerk of the appellate courts at the Kansas Judicial Center, or the Kansas judicial branch website at www.kscourts.orgunder What’s New.

One original and 14 copies of the completed nomination form and supporting letters must be submitted by noon Friday, September 6, to:

The nominating commission will convene to interview nominees at 9 a.m. Wednesday, October 2, in the Finney County Courthouse, Room 301, 425 N Eighth St., Garden City. Interviews are open to the public.

After serving one year in office, the new judge must stand for a retention vote in the next general election to remain in the position. If retained, the incumbent will serve a four-year term. 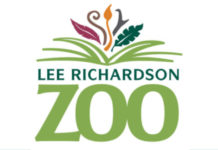