Helen Lucille Sparkman, age 90, daughter of the late Andrew and Ova Powell was born January 24, 1929, in Bucklin, Missouri, and was received into the arms of our Lord and Savior on September 17, 2019. Helen was a faithful member of First Baptist Church where she sang in the choir and taught Sunday School, was a member of Gloom Chasers Club, and worked several years for Bultman’s. Helens favorite pastimes included spending time with her family and friends, gardening, sewing, and baking her homemade specialties. Helen had been a resident of Cimarron County, Oklahoma, from 1949 until moving to Lubbock, Texas, in 2016 where she was then a 2 year resident of assisted living. 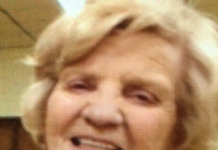