Scott City, Kan. (westernkansasnews.com)–Scott City learned who their district opponents would be for the next two seasons Wednesday morning from the Kansas State High School Activities Association at the bi-annual football scheduling meeting in Salina.

The Beavers will have two new opponents in district play, and one new team on their schedule for the 2020 and 2021 football seasons.

Colby, Goodland and Russell will remain district opponents. This will be the third straight two-year cycle with Colby and Goodland in the same district as Scott City, and the second straight cycle for Russell. With Beloit dropping to Class 2A, and Concordia being assigned to a new district, Southeast of Saline and Smoky Valley will be two new district members for the Beavers. They will be assigned to District 6 in Class 3A.

Scott City has never played Smoky Valley. The Vikings made it to the Class 3A quarterfinals in 2018, falling to Pratt. They are currently 1-4 on the season and are members of the Central Kansas League. It will be the second meeting all time with Southeast of Saline. The lone matchup was a classic, as the Beavers dethroned the defending Class 3A State Champions in 2006, with a 28-22 win, scoring on the last play of the game. The Trojans are in Class 2A this year, with a record of 4-1, and will make the bump to Class 3A next year.

Hugoton will depart the regular schedule. It is the first time that the Beavers will not play the Eagles since 2009, ending a 10-year streak.

Scott City opens up the next two season with Ulysses. It is believe to be the earliest meeting between the two schools in the 72 meetings between the teams. 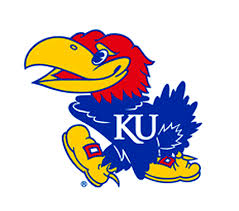 Miller out as Buster football coach