Mike lived in Great Bend, Kansas, until the age 9 when his family moved to Ulysses.  He graduated from Grant County Rural High School. He attended A&M, studying for three years in chemical engineering, until he was drafted into the United States Army.  After his honorable discharge, he lived in Denver, Colorado, and worked at Gates Rubber Company for six years. In 1973, he returned to Ulysses, where he lived the remainder of his life.   Mike had a successful plumbing, building and remodeling business for many years. He helped start the Grant County Senior Center, drove the bus for senior center trips, and served as an EMT for Grant County EMS for 15 years.

Mike married O. Lavonne Reese on April 21, 1953, in Raton, New Mexico.  She survives. Other survivors include his sons, Anthony of Ulysses and Troy of Albany, Oregon; two grandchildren, Curtis and Cara; and three great-grandchildren, Victor, Hugo, and Lucia.

Mike is preceded in death by his parents; and brother, Henry Duane Michael.

Funeral service will be Monday, October 14, 2019, at 2:00 p.m. at Shelton Memorial Christian Church in Ulysses with Reverend Kelly Gindlesberger officiating.  Interment will follow at Ulysses Cemetery with military rites by Dexter D. Harbour American Legion Post #79. Friends may call Sunday, October 13, 2019, from 2:00 PM until 8:00 PM at Garnand Funeral Home in Ulysses.  Memorial contributions may be given to the Grant County Senior Center in care of Garnand Funeral Home, 405 W. Grant Ave, Ulysses, KS 67880. Condolences may be posted at www.garnandfuneralhomes.com. 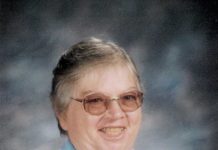 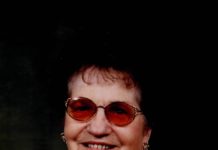