The Garden City High School Drama Department will present a new American drama by John Patrick Shanley called Prodigal Son on February 21st and 22nd at 7:00 p.m. and February 23rd at 2:30 p.m. in the GCHS Auditorium, 2720 Buffalo Way Blvd.  Tickets prices are $10 for adults and $5 for students.

This performance will be presented in the round with all seating onstage.  Seating is limited to 100 people per performance and there will be no admission for latecomers, so plan on arriving at the theater early.  The show runs 90 minutes with no intermission, and patrons should be expected to stay in their seats during the entire run of the show. 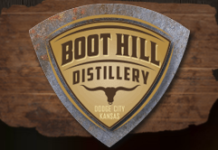