Lee Richardson Zoo is very happy to announce that Ember, the zoo’s ten-year-old female red panda, is taking care of two healthy cubs that were born on August 17.  Mother and cubs are doing well.  This is Ember’s seventh litter. 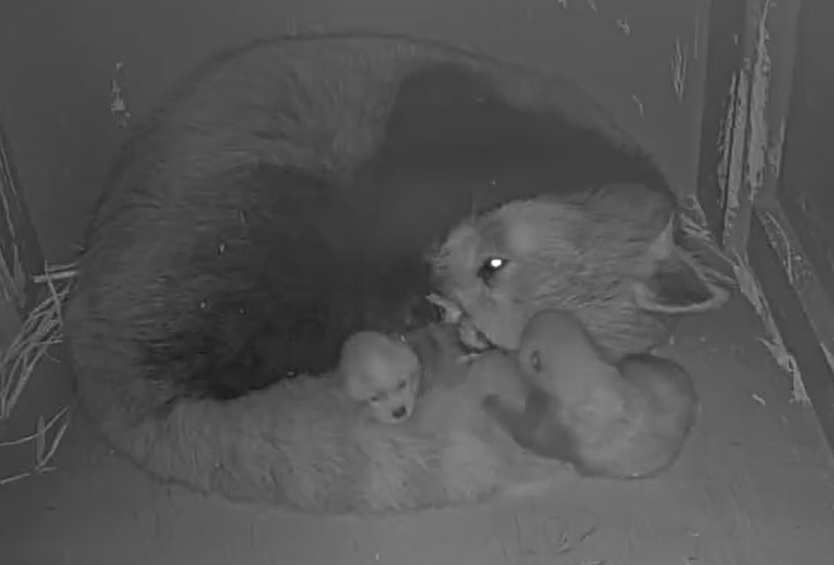 Red panda cubs look like miniature versions of the adults and generally stay in or near their den for 8-10 weeks after birth.  Based on the timing of events with Ember’s previous litters, Animal Care staff members expect these cubs to make their first outdoor appearance sometime in late October or early November.  Until then, footage of the cubs will be on the zoo’s website (www.leerichardsonzoo.org), the zoo Facebook page and YouTube channel.

Superb climbers, red pandas can descend trees headfirst like a squirrel thanks to a special rotating ankle joint. In the wild, they are found from Nepal to Burma, and into Central China.  They are listed as Endangered by the IUCN (International Union for Conservation of Nature) primarily due to the destruction of their habitat for human use (logging, farming, firewood, etc…).  There has also been an increase in poaching and trafficking for the pet trade.

There are also four new roadrunner chicks at the zoo.  The chicks hatched between August 11 and August 16.  This is the second clutch for parents Chevy and Lexus.  The expanded family is doing well.  The birds live in the Marie Osterbuhr Aviary flight.  While the flight is closed because the parents are being protective of their new family members, you may be able to catch sight of them from the walkway outside the aviary. 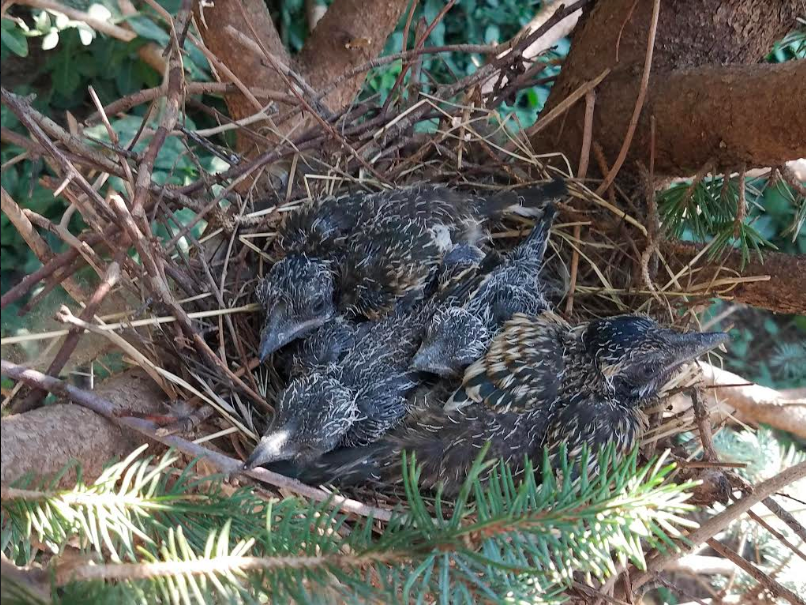 Roadrunners are native to arid desert areas mainly in the southwestern United States.  They can reach speeds up to 20 miles per hour while running and prefer to run or walk over flying.