MANHATTAN, Kan. – With Diversity and Inclusion as a pillar of its Strategic Plan, K-State Athletics and Wildcat student-athletes have announced that Saturday’s opener against Arkansas State will serve as the football program’s Unity game.

A key message in the department’s diversity action plan released earlier this summer was to raise awareness of social injustice by designating a home contest each season in every sport to serve in this capacity. The volleyball and soccer teams will hold their unity games on September 25 in both teams’ home openers.

Members of the football team will be a part of several pregame signs of unity, which include:

“We are proud of our student-athletes for stepping up and letting their voices be heard,” Athletics Gene Taylor said. “Our department is committed to showing action being taken to eliminate social injustice, and we fully support our student-athletes’ methods of showcasing their unity and self-reflection.”

More information on the department’s Strategic Plan and mission and also its Diversity and Inclusion plan can be found in the links shown. 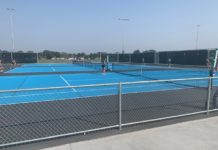 Luck finally runs out for Vollertsen and Thayer; Larsen moves on