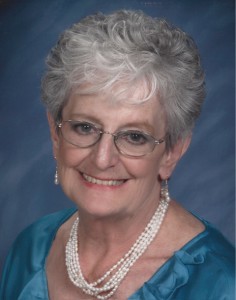 Betty Ann Barnes, age 71, died Wednesday, April 9, 2014 at the St. Catherine Hospital in Garden City, Kansas. She was born on October 8, 1942 in Barton County, Kansas the daughter of Reuben R. & Edna Templing Steinert. A resident of Garden City since 1988, she was a certified dietician, having worked for the Russell Care Center in Russell, KS.

She was preceded in death by her parents, One Brother, Duane Steinert, One Son, Monte Maier and Two Grandchildren.

Funeral Services will be held at 11:00am on Monday, April 14, 2014 at the First United Methodist Church in Garden City, Kansas.

Graveside Services will be held at 11:00am on Tuesday, April 15, 2014 at the United Emmanuel Lutheran Church Cemetery in Milberger, Kansas.

Memorials may be given to the Betty Barnes Memorial Fund in care of Price & Sons Funeral Home.