Liberal, KS (westernkansasnews.com) The call came out Sunday afternoon around 1 about a multi-vehicle accident on US Highway 54 across the state line from Liberal in Tyrone, Oklahoma.

Twelve vehicles were involved in the pileup.  Only minor injuries were reported. It took four hours for crews to clean up the debris and reopen the highway.

Pictures used with permission of officials in Tyrone, Oklahoma 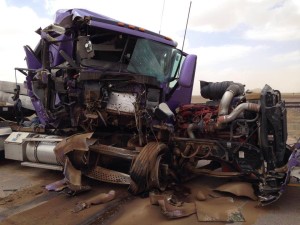 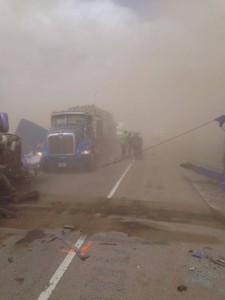