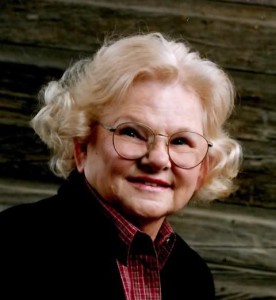 JoAnn Marie Whitham, age 83, died Saturday, May 24, 2014 at the Morton County Special Care Unit in Elkhart, Kansas.  She was born January 31, 1931 in Lane County, Kansas the daughter of Tony & Lavona Wendler Meis.  JoAnn graduated from Scott City High School in 1949.  On November 26, 1949 she married Bruce Whitham.  JoAnn, along with husband Bruce, was involved in the family business of farming and building during her years in Scott City.  A resident of Garden City since 1980 she had been the owner and operator of Whitham Realty.  On May 21, in 1992, she married Don Hansen and then moved to the Special Care Unit in Elkhart, Kansas in 2010.

She was a former member of the Kansas Association of Realtors and the Kansas Democratic Party in Garden City, Kansas.

She was preceded in death by a son, Robert B. Whitham and Four Brothers, Austin, Luke, Harold & Ernest Meis and One Sister, Margaret McCollum.

Funeral Services will be held at 11:00am on Wednesday, May 28, 2014 at the Price & Sons Funeral Home in Garden City, Kansas with Rev. Nathan Sheridan presiding.

Burial will be held at 2:30pm on Wednesday in the Scott County Cemetery in Scott City, Kansas.

Memorials may be given to the Emmaus House in care of Price & Sons Funeral Home of Garden City, Kansas.