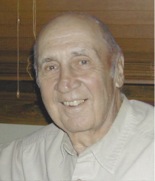 William B. Bolin, age 79, died Sunday, July 6, 2014 at his home in Garden City, Kansas.  He was born on November 11, 1934 in Iola, Kansas the son of Nathan Henry and Edna Faye Copeland Bolin.  A resident of Garden City since the mid 1970’s he had been a partner in the Hope, Mills, Bolin, Collins & Ramsey law firm in Garden City.

He was preceded in death by his parents and two brothers, Bud Bolin & Nathan Bolin Jr.

There will be no public calling times.

Memorials may be given to the Bill Bolin Memorial Fund in care of Price & Sons Funeral Home of Garden City, Kansas.