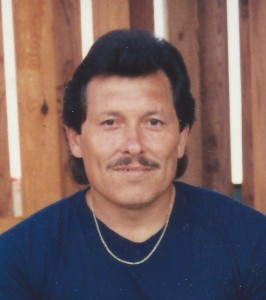 Rogelio Blanco Rodriguez Sr., age 63, died Saturday, August 9, 2014 at the Via Christi Hospital, St. Francis Campus in Wichita, Kansas.  He was born on June 14, 1951 near Durango, Mexico the son of Ismael and Claudia Rodriguez Blanco.  A resident of Garden City since 2002 he worked at the Golden Corral Restaurant.

He was preceded in death by his parents.

Memorial Services will be held at 3:00pm on Saturday, Aug. 16, 2014 at the Kingdom Hall of Jehovah’s Witnesses in Garden City, Kansas.

Memorials may be given to the Rogelio Blanco Rodriguez Sr. Memorial Fund in care of Price & Sons Funeral Home.

Price & Sons Funeral Home of Garden City is in charge of arrangements.