Garden City, KS (westernkansasnews.com) Firefighters were called out to a car fire reported outside the Golden Plains Credit Union on East Kansas Ave Tuesday afternoon. Garden City Fire Chief Allen Shelton says no one was injured. The van has been deemed a total loss with damages totaling $10,000. Some minor damage may have been caused to the side building.  Shelton says the fire started in the van’s engine. The exact cause of the blaze is still under investigation. 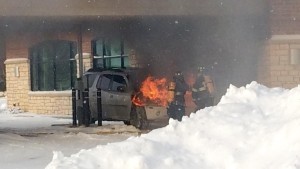 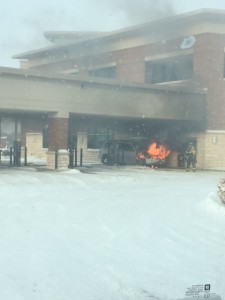