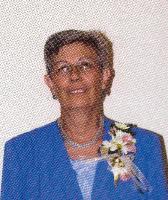 She was preceded in death by her Parents, Husband and One Sister – Hazel Morton.

Memorials may be given to the First Christian Church % Price & Sons Funeral Home. Interment will be in the Scott County Cemetery in Scott City, Kansas.