Garden City, KS (westernkansasnews.com) Firefighters were called out to a blaze shortly after 6 Sunday night at the Juaritos Tire Service and Balancing Garage on the 200 block of South Main Street.  No injuries were reported, but the building was surrounded in smoke as people came to watch from a safe distance. Smoke could be seen from miles away.

As night fell witnesses could see flames shooting up through the neighboring ice cream shop next door.  Personnel from both the fire and police departments were involved to help contain the flames.  Officers had to block off traffic down Main Street for several blocks allowing crews ample room to work.

Dani Becker with the disaster response team of the American Red Cross was called out to help keep those fighting the fire hydrated.

There still has been no official determination as to the exact cause of the fire. Investigators are still looking at the evidence on scene. 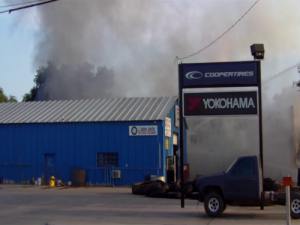 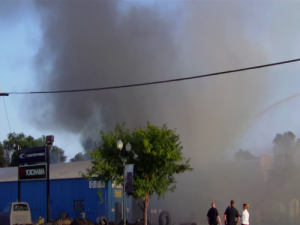 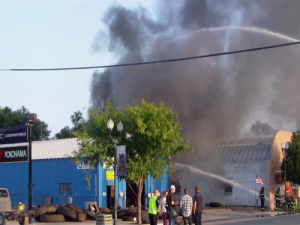 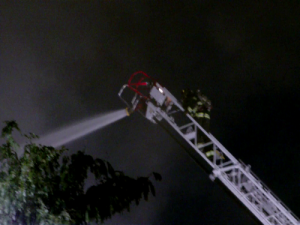 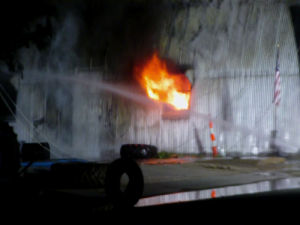 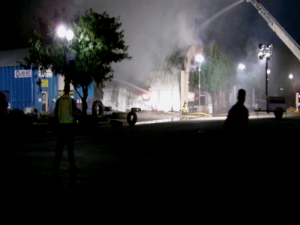