Dodge City, KS (westernkansasnews.com) Their first match is already in the books and Dodge City High School finished off Maize to begin the season 48-27 building upon a season that has high expectations.  The Red Demons finished third last year and are ranked 4th in the first 6A poll of the year.

Three of the four wrestlers that placed third in their weight classes last year returns for head coach Lars Leuders.  Devon Plaza at 126 pounds, Clay Weil at 132 pounds and Tylor Garcia at 138 pounds look to take their performance last year just a couple of steps further to a state championship.  Only Dylan Servis will not return after tearing his ACL during the football season, but he is expected back for his senior year. 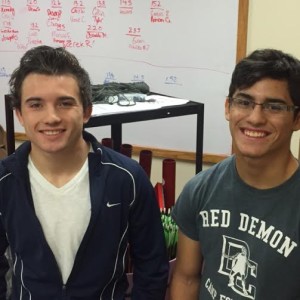 The Red Demons will return to the mats next Friday and Saturday when they travel to Colby.