Holcomb, KS(westernkansasnews.com) The Holcomb Longhorns football team held their first fall practice on Monday evening and Coach Kent Teeter didn’t mix words when saying what the goal was for this season, a state championship. 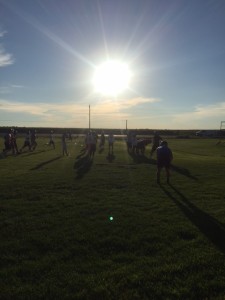 The Longhorns came up short of that goal in 2016 after claiming the state championship in 2015. Holcomb brings back a lot from last years team. 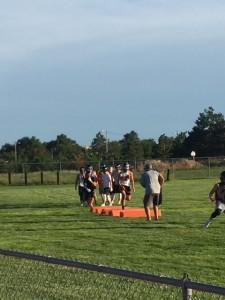 Leading the way will be senior quarterback Trey Gilbert, who threw for over 1,800 yards and 24 touchdowns last season. Gilbert says he isn’t worried about personal accolades this season, he’s all about the team goal. He did note that he has worked on his arm this offseason and getting stronger.

Other key returners will be wide receivers Carter Blackburn and Andrew Morse. On the offensive line Stephen Crane and Braden Ramirez will help anchor that group.

Holcomb will open the season Friday Sep. 1 when they host Cimarron. Listen to the full interview with Coach Teeter and QB Trey Gilbert below.