(From the Office of the Governor)

TOPEKA, Kan. — Gov. Laura Kelly today announced Dena Sattler as the new director of communications for the Office of the Governor.

Sattler has been director of marketing and communications for the Kansas Department of Commerce since mid-February. Prior to joining Commerce, Sattler was publisher of The Garden City Telegram from 2004 to 2018. In 2018 she also served as a group publisher, adding the Dodge City Daily Globe, Pratt Tribune, Kiowa County Signal and St. John News. She started her newspaper career in 1985.

Sattler is a past president of the Kansas Press Association board of directors. She has a bachelor’s degree from the University of Iowa, and also served in public affairs in the U.S. Army Reserve.

“I’m pleased to have Dena join our team and take the lead in communications for our office,” the governor said. “She brings decades of media and team management experience, which will be instrumental as we move forward.”

“It’s an honor to be part of Gov. Kelly’s team,” Sattler said. “Throughout my career, I’ve worked to help raise awareness of news and issues, and most recently in southwest Kansas. I look forward to doing the same for the state as a whole, and helping Kansans better understand the important work of their government.”

“Ashley has quite literally been by my side since Day 1 of my campaign for governor,” Kelly said. “She dedicated herself to helping share my vision for the state of Kansas. Ashley has been a trusted, loyal member of our staff, and I thank her for her service to the State of Kansas.” 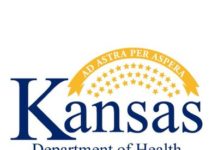 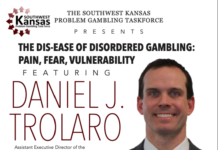