Home Obituaries Salena Nichils Obituary
Share
Facebook
Twitter
Pinterest
WhatsApp
Price & Sons Funeral Home
Salena S. Nichols, age 99, passed away on Sunday, August 2, 2020 at the Bethel Home in Montezuma, Kansas.  She was born on June 12, 1921 in Halstead, Kansas, the daughter of Peter A. and Susanna Nightengale Johnson.  Salena was resident of Pence, Kansas from 1954 until 2011 when she moved to El Campo, Texas and then to Bethel Home in Montezuma, Kansas in 2016.
She was a member of the Scott Mennonite Church in Pence, Kansas.
On April 18, 1954, she married Ervin F. Nichols in Fairview, Oklahoma. He passed away on April 11, 1998.
Survivors include her son, Patrick and Irma of El Campo, Texas, her daughter, Angela Nichols of Scott City, Kansas; two grandsons and six great-grandchildren.
She was preceded in death by her parents, husband, daughter-in-law, one sister, two brothers, thirteen brothers-in-law, and twelve sisters-in-law
Graveside services will be held at 10:30 a.m. on Thursday, August 6, 2020 at the Scott Mennonite Church Cemetery in Pence, Kansas.
Burial will be in the Scott Mennonite Church Cemetery.
Memorials may be given to the Bethel Home in care of Price & Sons Funeral Homes.
Visitation will be from 10:00 a.m. until 4:00 p.m. Wednesday at Price & Sons Funeral Home in Scott City, Kansas. 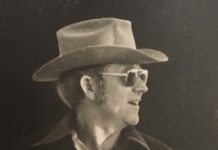