Home Announcements Dodge City Police Execute Drug Arrest
Share
Facebook
Twitter
Pinterest
WhatsApp
FORD COUNTY (DCPD) – On 7/14/2021, members of the Dodge City Police Department’s Patrol and Special Investigation Divisions investigated a suspected act of illegal narcotics trafficking. During the investigation, Officers and Detectives were able to identify an alleged suspect and vehicle description. The investigation led to the belief that the vehicle was transporting a large quantity of illegal drugs. Information was relayed to the Gray County Sheriff’s Office due to the vehicle leaving Dodge City westbound, requesting their assistance in the investigation.
A Gray County Sheriff’s Deputy spotted the vehicle believed to be involved in the case as it entered Cimarron, Kansas. During the subsequent stop, two occupants of the vehicle were detained while Dodge City Detectives arrived to assist. During the roadside investigation a loaded handgun, a large quantity of methamphetamine, and suspected fentanyl pills were located hidden in the vehicle. This investigation resulted in a significant seizure of suspected fentanyl and methamphetamine. Exact amounts are pending lab tests due to the hazardous nature of the substances. The two occupants were arrested and booked into jail on for various narcotics violations. Due to the investigation’s ongoing nature, the suspects’ names and other details are not being released at this time.
This case is a result of coordinated teamwork between the two agencies. All suspects are considered innocent until proven guilty in a court of law. 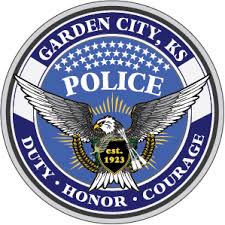