Dodge City, KS (westernkansasnews.com) Perfect day, good crowd and the wrap up to what the coaching staff believes was a successful first week of practice.  The Dodge City High School football team played for the first time at Memorial Stadium this season in a Saturday morning intrasquad scrimmage.  Senior wide receiver Eric Reid displayed the hunger it will take to lift the Red Demons passing game scoring three touchdowns, two on the other side of midfield.

Reid is convinced a scrimmage can reveal a lot about a player’s makeup.

While no official stats were taken, senior defensive lineman Cole Trent made up for losing all of last season with a torn labrum in his shoulder dominating at times on the line.  Trent was inspired by words from his defensive coordinator Jason Scheck.

Dodge City Head Coach Dave Foster says he and his staff will look at the film closely to accurately determine where they are two weeks from the opener.

Week two of practice begins Monday.  The week will wrap up Friday with the annual watermelon scrimmage. 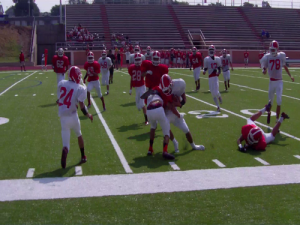 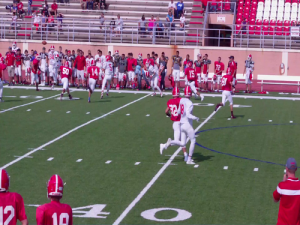 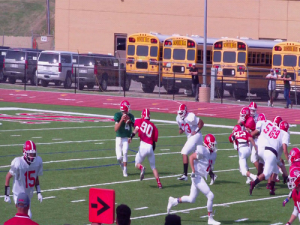 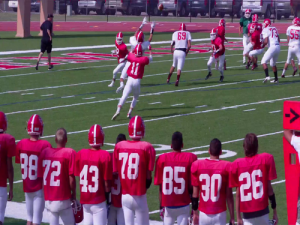 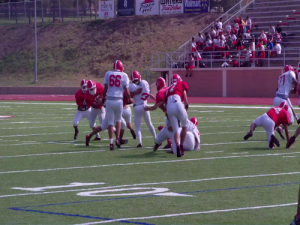