Lee Richardson Zoo is happy to announce the addition of Angela Herman and Pablo Holguin as Animal Care Managers to the zoo’s senior management team. Herman and Holguin will guide the daily operations of the Animal Care Division. Dr. Max Lakes, Curator of Conservation Education, has also been promoted to Deputy Director. 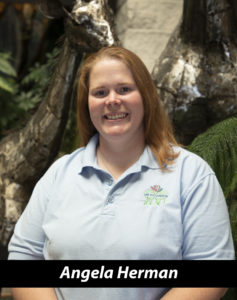 Herman is from St. Joseph, Missouri, and joined the zoo in 2008 as a zookeeper. She has since filled roles as veterinary assistant, Lead Keeper, and Registrar. As Animal Care Manager-Health Services, Permits and Records, she will focus on some of the more behind the scenes efforts (veterinary care, commissary, permits, animal records) as well as the care of the birds, ambassador animals, and other species.

Holguin, a native of southwest Kansas, started at the zoo in 2005. He too started as a zookeeper. Focusing on enrichment and training, as well as providing quality care for the animals, he has also filled the role of Lead Keeper and Dart team leader. As Animal Care Manager-Enhanced Programs and Hoofed Stock, he will focus on guiding the zoo’s enrichment and operant conditioning programs. He will also oversee the browse program and the care of the hoofed stock that live at the zoo as well as other species. 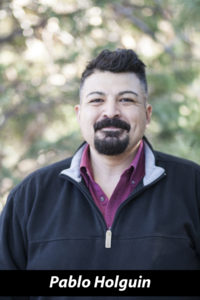 professional development as well as meeting professional standards of care and operations. This is a slightly new management approach for the zoo, which in the past has had a general curator leading the animal care division.

Lakes came to Lee Richardson Zoo in 2018. In his new role as Deputy Director, he will continue to guide the Conservation Education and Engagement Division while also assisting with some of the administrative duties of the zoo.

“We have a strong team. They are all very talented and extremely dedicated. Pablo, Angela, and Max will help take Lee Richardson Zoo to its 100th anniversary (2027) and beyond in fine style,” said Zoo Director Kristi Newland. 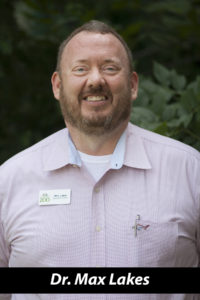 Face Masks Will Be Required at GCCC