The commission conducted public interviews of nominees for the position February 7 in Garden City. Six people had applied for the opening.

Woods’ new position will be effective on his swearing-in.

Kansas law requires that a district magistrate judge be:

After serving one year in office, the new magistrate judge must stand for a retention vote in the next general election to remain in the position. If retained, the incumbent will serve a four-year term. 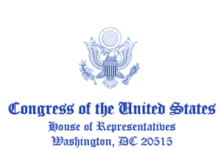