CHICAGO (AP) — Jeff Francoeur hit his first homer of the season, pinch-hitter Johnny Giavotella had a big two-run double and the Kansas City Royals beat the Chicago White Sox 9-1 Sunday. Alcides Escobar went 3 for 3 with two walks for Kansas City, which broke it open with six runs in the ninth inning. Francoeur also had an RBI single and made a nice play in right field. Kansas City won for the fourth time in five games despite losing Danny Duffy to an apparent injury in the first inning. The left-hander faced three batters and recorded two outs before he trudged off the mound following a short discussion with manager Ned Yost and a trainer. 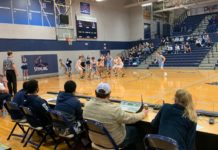 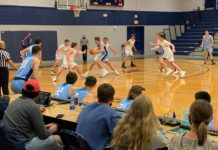