Garden City, KS(westernkansasnews.com) Monday at 8:00 p.m. Garden City Police were called to the area of 4000 E Wildwood Dr. in reference to a pedestrian accident involving a 9-year-old boy.

The investigation revealed the boy was riding his bicycle down the hill towards the intersection of Glenwood and East Wildwood Drive. According to witnesses, the boy panicked when he saw a white pickup stopped at the stop sign and drove his bicycle into the stopped vehicle.

The boy sustained several injuries and was transported to St. Catherine Hospital by Finney County EMS, where he was treated and released. He was not wearing a helmet or any other safety gear.

The driver of the truck was found to be obeying all traffic laws at the time of the incident and subsequently was not cited for any violations. 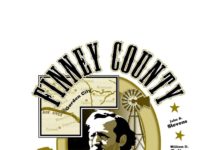